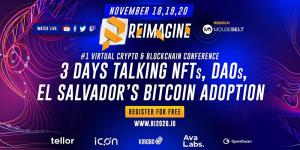 The event will cover NFTs, DAOs, and Bitcoin Adoption in El Salvador 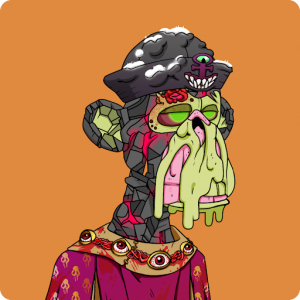 Every project that people craft together ultimately grows Bored Ape Yacht Club brand which is owned by the community. Innovative commercial rights benefit all existing NFT holders of that collection.”
— Roshan Mirajkar, owner of Mutant Ape #452

SAN FRANCISCO, CALIFORNIA, UNITED STATES OF AMERICA, November 18, 2021 /EINPresswire.com/ — Today, MouseBelt–an ecosystem building the future of blockchain innovation and education–announced they are joining the ranks of media companies bringing NFTs to life by creating an animated Bored Ape to host their REIMAGINE conference. The virtual blockchain conference series, which will launch November 18 12:00pm EST, on streaming platforms worldwide, will cover the prevailing trends in a year of seemingly unstoppable digital takeover with segments on NFTs, DAOs, and El Salvador.

Roshan Mirajkar, owner of Mutant Ape #452 and one of the directors of the REIMAGINE virtual series said, "Every project that people craft together ultimately grows the Bored Ape Yacht Club brand which is owned by the community. Innovative commercial rights allow to benefit all existing NFT holders of that collection.”

As NFTs continue to show that people can create and be their own media empire, MouseBelt joins the group of early-adopters putting digitally-owned art and objects into real-world projects and use cases. The future of character development and identity is emerging in the Metaverse. Starting with returning the creative control back to the community and creating an equal opportunity for anyone, to explore new representation and licensing deals that fully allow the owner to benefit from owning their commercial rights to the NFT.

In addition to their brand new host, REIMAGINE is reformatting the way the largest blockchain and cryptocurrency conference presents the knowledge and expertise of its guests. Instead of a single stream over the course of multiple days, the content will be curated and presented as episodic segments focused on specific topics. Version 11 will feature more personal interviews than ever before, eschewing ZOOM calls in favor of in-person interviews in New York and San Francisco, as well as journalists on the ground in El Salvador during the historic first weeks of government Bitcoin mandates. Coupled with high-quality production, professional lighting and sound equipment, and a world-class team of producers, this is a media event not to be missed.

Ashlie Meredith, co-director of the REIMAGINE series added “The crypto revolution is unstoppable. El Salvador is now accepting bitcoin as legal tender, corporations are converting to decentralized autonomous organizations, and the NFT madness shows no signs of slowing down. People are accepting that the future of finance, art, culture, and collaboration is digital.”

REIMAGINE V11 is premiering Nov. 18 at 12 p.m. PST on YouTube, Twitter and your favorite social media channels. Watch the world’s largest virtual conference about cryptocurrency and blockchain to keep updated on all the latest happenings in the space.

About MouseBelt
MouseBelt is an ecosystem promoting blockchain innovation by supporting hands-on development of the emerging projects and leaders in the industry. The leaders they support are:

1. Startups – MouseBelt accelerator supports early-stage companies with capital and in-kind investments;
2. Builders – MouseBelt Engineering supports developers and projects with open-source tools and a development shop; and
3. Community – its media and university projects encourage newcomers to get involved with blockchain.