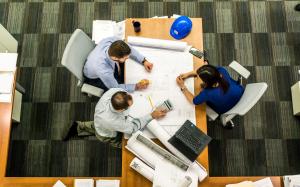 Places For People's latest report delivers valuable suggestions as to how a multi-agency approach is the way forward in the UK's bid to meet its housing target.

If the government and it’s elected partners can work together with major developers, local authorities and the wider supply-chain, we may be able to start making a significant dent in the target.”
— Amrit Singh, HULT Private Capital

LONDON, UNITED KINGDOM, November 12, 2021 /EINPresswire.com/ — The ‘Better Understanding of the Housing Market’ report released this week spans an impressive 50 pages and makes no less than 11 proposals on how the housing sector, in unison with the government; can meet the target of 300,000 new homes to satisfy the growing demand. The report, commissioned by Places for People and conducted in collaboration with The Centre for Housing and Planning Research at the University of Cambridge, is the most detailed study this year into the UK’s housing crisis and the suggested response to it.

Research into potential areas for growth and affordability requirements has further highlighted the need for the demand to be tackled holistically, utilizing multi-channel agency communication and resources. The consideration of government backed funding initiatives, parliamentary supported planning system reviews and strategic partnerships (such as that of Places for People and Homes England), is integral in working towards reducing the housing crisis quantitively. Places for People’s Group Chief Executive, David Cowans, stressed the importance of not fragmenting the housing crisis, but instead, addressing the issues collaboratively. He said, “As an industry, we must stop trying to tackle different parts of the housing market in isolation. Instead, we must work better together to ensure that this long-term challenge is met head-on, with targeted delivery which will require commitment and investment across the board.”

Only last year, our Prime Minister, Boris Johnson, publicly promised to tear up England’s ‘outdated and ineffective planning system’ to make building new homes easier. The existing system in place in England dates back to the 1947 Town and Country Planning Act. The archaic legislation has been criticized by many as being outdated and a blockade to growth in modern society. Ant Breach, a representative of government think tank, Centre for Cities, recently stated “the UK sticks out like a sore thumb in terms of its discretionary planning system” blaming the lack of planning reform on our “bad housing outcomes”. A government white paper released at the time of Johnson’s bold declarations, proposed land be defined under a three tier system, categorized as: all development prohibited; limited development permitted; or automatic authorization to build in compliance with pre-determined rules for development. It was hoped that the introduction of such measures could make navigating the bureaucratic red-tape of building a more more straightforward and time efficient process.

Amrit Singh, Senior Manager and property specialist at the boutique investment house, HULT Private Capital, is in firm agreement with the need for change to planning policy; he explained “since the 1947 Planning Act, the UK has changed inordinately. Our population has grown, our lifestyles have changed and family planning trends have also impacted how we choose to live. We can be in no doubt that the demand for housing, both social and private, is a pressing issue. If the government and it’s elected partners can work together with major developers, local authorities and the wider supply-chain, we may be able to start making a significant dent in the target.’

The Cambridge Centre for Housing and Planning Research are confident that their reports into market factors affecting the housing crisis and the people most exposed to it, can provide a fundamental foundation for growth. Director, Gemma Burgess said “reports like those we have released this year help provoke conversations, and encourage industry and government leaders alike to engage in productive dialogue.”