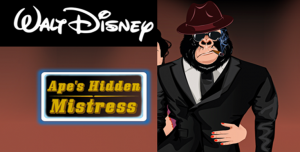 YEONGDEUNGPO, SEOUL, SOUTH KOREA, November 8, 2021 /EINPresswire.com/ — The AHM’s Solana NFT project just changed the rules of their random giveaway. It came after they found that a large percentage of the participants were people who had not used Discord before the giveaway and were only coming online once a week to check for a few seconds if they won.

In other words, anyone who gets their hands on any one of Ape’s Hidden Mistress NFTs will never need to work another day in their life.

Whether you paid the minting cost (about $100) or won one, owning an AHM NFT is practically like winning the lottery.

Continue reading to learn more about why owning an AHM NFT on the mint date in December 2021 is like winning the jackpot.

Before learning why, let us take a moment to discuss another important topic.

In a recent interview, Walt Disney and their team shed more light on a serious issue; the reason why they changed the rules of their Daily Free Mint Giveaway events on Discord.

As soon as Walt Disney and AHM (Ape’s Hidden Mistress) announced that they would be giving out free mints to random people on their Discord channel, countless people started joining in.

However, most of the people who joined the channel had never used Discord before and had just created new accounts to get a free NFT. These people were never really online; they weren’t real NFT fans but reward fans that come online once a week for a minute or two to check if they won.

“This was a mistake. We made it that even offline people were part of the event. We didn’t expect this result,” said Oliver Miller, one of the team leaders of the seven different teams.

“Who would have thought that daily random giveaway would bring 80% of Non-Discord Users. Our goal is to make a community for fans for our up-coming film called ‘The Ape, Tarzan’s Hidden Mistress.’ It’s the first of the many, a spin-off of Tarzan’s story in an alternate reality in the future. ” said one of his co-workers.

Back to why owning an AHM NFT on the mint date in December 2021 is like winning the jackpot.

It is a fact that anyone who gets to mint an AHM (Ape’s Hidden Mistress) MFT or win one will never need to work again in their life. They will not necessarily become millionaires, but they will enjoy steady monthly income similar to top lawyers by early next year. ($15,000+ monthly for life, doing nothing)

“So we decided to change the rules now and start the giveaways afresh,” said Jon Wright.

The new rules include that:
• They will continue the random free giveaway events, but now, winners will be selected from Discord members who are online.
• They will give out more free mints every day, increasing the volume of free mints as we approach the mint date in December.

It means that active users who are always online and contribute to the AHM project’s channel will stand a much higher chance of getting the free mint rewards.

So, if you would like to start making more money than doctors by next year, all you need to do is mint the Ape’s Hidden Mistress NFTs by being active on the Discord channel or participating in any of their easy interim events.

If you wonder how one of Walt Disney’s Ape’s Hidden Mistress NFTs can get you over $15,000 every month starting 2022, you should also know that it is only one of the countless benefits that first, original minters will enjoy.

For this reason, so many top investors who did not have discord accounts have opened them and are trying to win free NFTs. These people (mostly stock investors) have joined because they know that AHM NFTs are the best investment.

They have carefully read through the AHM (Ape’s Hidden Mistress) project’s website www.ahm.global and quickly joined their discord channel after learning about the many rewards that await the first set of original NFT minters.

Because the project is backed by one of the largest companies in the world, Walt Disney, the level of Return on Investment ROI for the first set of NFT minters is on a different level compared with other projects.

For instance, anyone lucky enough to be one of the minters with about $100 will earn a profit over a hundred times their initial investment every month. (Welcome to the world of NFT, anyone can become a millionaire overnight, just like this NFT)

Some of the rewards that await the first batch of only NFT minters who mint by themselves on the launch date in December include:
• A few confirmed free airdrops of 3D Graphics NFTs to all first minters, even if they already sold their original NFTs.
• A weekly commission from what Walt Disney earns from the film projects
• Many more rewards, including multiple secret surprise news.

If you’re ready to join in on the action or you need some more information, check out their Discord, Twitter and website.

Top investors say that “Ape’s Hidden Mistress” (AHM) NFTs will get sold out in a few seconds when it launches in a few weeks. So, join the random giveaways to stand a higher chance of minting an NFT.

Furthermore, all the proceeds earned from minting fees will sweep floors and fund the weekly surprise and fun giveaways. The daily random mint giveaway will continue every day until the day before launch in December.