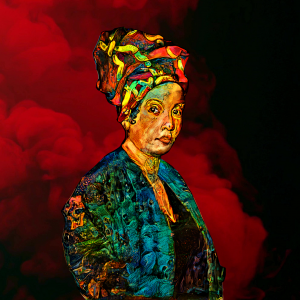 A Magical NFT Collection with a Cause

UNITED STATES, November 9, 2021 /EINPresswire.com/ — A Magical NFT Collection with a Cause

NFTs have been spreading through the market like wildfire. The digital assets market, estimated at $2.14 trillion as of October 2021, and has witnessed rapid growth over the past three years with no signs of slowing down.

There have been all types of NFT’s from Apes to Space art but one has come along with a special purpose solely set on capturing the essence of one magical city and one powerful Voodoo queen.

The House of Laveau is dedicated to the uplift of the community with the proceeds from the NFT art going to those that need help. They are dedicated to the betterment of the community seeking to uplift and encourage those who have fallen on hard times or have fallen through the cracks with proceeds from sales of their art going to those in need such as the homeless and others in need of financial assistance to aid in their daily life as Marie did in her lifetime.

Marie Laveau is one of the reasons behind the booming tourism of the city till this day and is reigning Voodoo Queen even in death. Many still flock to her tomb to pay their respects and leave gifts. Her tomb is the second most visited place in the United States right behind Graceland.

She aided the city of New Orleans in becoming the magical and the most mystical place that it is today. But the misunderstanding is that she was not only the Voodoo Queen but she was a pillar of hope during the Yellow Fever Pandemic in the city and help the those on their death's beds, prisoners, runaway slaves, the homeless and anyone that needed assistance. She is buried in New Orleans in St Louis Cemetery One along with 84 others in her tomb. She allowed those that could not afford proper burial use her tomb before she herself passed away. Her compassion for those she encountered is still worth recognition even in death.

To check out this collection visit https://opensea.io/HouseofLaveau