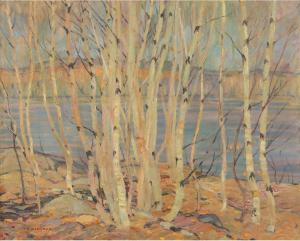 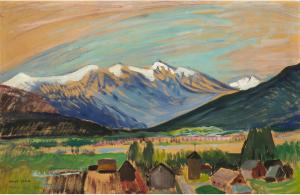 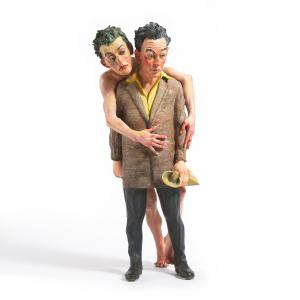 We are delighted to once again showcase exceptional Canadian artworks via our enhanced digital platforms—indicative of the vibrancy of the Canadian art market.”
— Yvonne Monestier, Director of Fine Art, Waddington's

TORONTO, ONTARIO, CANADA, November 7, 2021 /EINPresswire.com/ — Waddington's always strives to bring the best of Canadian art to the market—this season that includes artworks sourced from private collections of impeccable provenance from across the country. Our major fall auction of Canadian Fine Art provides opportunities to acquire rare to market art from private collections with impeccable provenance, ranging from historical to contemporary, early Modernist to abstraction, led by a major early canvas by Canadian art icon and Group of Seven founding member A.Y. Jackson.

REDISCOVERY OF AN EARLY MASTERPIECE
Representative of the naissance of the legendary Group of Seven, this canvas is a result of a 1914 sketching trip to Algonquin Park with Tom Thomson. Previously sold and exhibited as 'Autumn, Canoe Lake', Waddington’s is presenting this superb painting with the correct descriptive title and date intended by the artist: 'Early Spring, Algonquin Park, 1914'—for the first time in nearly a century. Adding to the importance of the painting is its illustrious provenance and exhibition history.

FOCUS ON WOMEN ARTISTS
Waddington’s is pleased to offer important work by female Canadian artists, many of whom did not receive the acclaim commensurate to their talents during their lifetimes, but whose work is now receiving a higher degree of appreciation.

Selected for our catalogue cover, 'Grise Fiord in Winter' by Doris McCarthy was inspired by one of her post-retirement trips to the Arctic. Small colourful buildings are dwarfed by Mother Nature’s power—large chunks of ice piling up on the shore, and the time-smoothed mountains of Grise Fiord. Emily Carr's 'Pemberton', is a rare scene painted at the foot of British Columbia’s Rocky Mountains on Carr's final painting expedition.

Founding member of the Beaver Hall Group, Anne Savage painted a view of Highland Ave in her Montreal neighbourhood, as seen from her own back window. Here she elevates the domestic to the sublime in her signature style, rendered in high key, sunny colouring. Both Carr and Savage are prominently featured in the McMichael gallery’s current exhibition 'Uninvited: Canadian Women Artists in the Modern Moment'. Molly Lamb Bobak’s 'Bus Stop, Fredericton, N.B.' shows the artist’s keen sense for depicting the charm of quotidian urban life in New Brunswick. Waddington’s is also honoured to offer two bright watercolour paintings by Ethel Seath, consigned by descendants of the artist. Richly coloured paintings by Joyce Wieland and Henrietta Mabel May are also featured in this auction.

CONTEMPORARY CANADIAN ART
Artworks by some of the most celebrated artists working and exhibiting today are also featured in this auction. Unique interpretations of landscape genre are found in works by John Hartman, Edward Burtynsky, Steve Driscoll, Michael Awad and Wanda Koop.

MID-CENTURY ABSTRACTS
Members of the Painters Eleven group feature prominently, including colourful and refined paintings by Tom Hodgson, Hortense Gordon, Kazuo Nakamura, and Oscar Cahén. A very mod-style painting by B.C. Binning, 'Device for Interpretive Contemplation', is well-named: the eye-catching composition asks the viewer to decipher the various symbols and semaphores. We are honoured to offer two important 1950s canvases from the Patrimoine Marcil, released for the first time. The joyful colours and meticulously placed shapes show a master at the height of the mid-century abstract art movement, created when Marcil was living in Paris.

PATERSON EWEN—EVOLUTION OF AN ARTIST
William Paterson Ewen’s stylistic evolution is clearly illustrated in the two large paintings on offer. Sourced from the estate of Dr. Barbara Wand, a friend and avid collector of the artist, both 'Montreal From Priest’s Farm' (1951) and 'Life Stream' (1969) illustrate the artist’s keen interest in the materiality of his paintings, although painted 18 years apart. The former is a highly worked and moody scene of the artist’s then-hometown. The latter is part of a very well-known series of works with the same name—four of them currently residing in the collection of the Art Gallery of Ontario.

SCULPTURE FROM CANADIAN MASTERS
A wonderful selection of sculpture includes the classical bronze 'Le Pionnier' by Marc-Aurèle de Foy Suzor-Coté, a Lucite-encased steel construction by Gerald Gladstone, and Joe Fafard’s 'Painter and His Model (Egon Schiele)'. Standing only 28 inches tall, the lifelike feel of Etrog's sculpture is larger than life; the intimacy and expressiveness of his sculptures are the artist’s hallmark. A trio of bronzes by Sorel Etrog each show a different period in the artist’s creative timeline, including hinges, knots and a model for a large-scale public sculpture.

RARE MULTIPLES AND WORKS ON PAPER
Walter J. Phillips was a master printmaker. Working with colour woodblock, his love for the Lake of the Woods area and the romanticized history of the York boats on Lake Winnipeg are expressed though his use of rich layers of colour. Edwin Holgate’s wood engravings show the terrain of his beloved Quebec. The signature psychological tension and precision of Alex Colville is well-represented in two serigraphs, 'Morning' and 'Sleeper', both depicting the private bedroom moments of a faceless but familiar couple. Finally, there are two works by David Lloyd Blackwood which have been widely exhibited and difficult to acquire. 'Wesleyville: Burning of the Methodist Church' shows a master artist in superb control of a difficult medium—etching and aquatint—used to depict the silhouetted figures of his hometown attempting to salvage what they could from the massive conflagration of their community’s church. The motif of fire returns in the form of the warm, smoky light of a large fire in 'The Burning of the S.S. Diana', a large triptych.

VIEW THE AUCTION
Find out more about the auction by viewing the online gallery and enjoying our digital catalogue for informative essays, additional photographs and condition information. For more information about Waddington's please visit our website.

PREVIEWS
In-person previews at our gallery are available by appointment for this auction from November 8 through 18.

Please contact us at canadianart@waddingtons.ca to book a preview appointment, or for auction details, additional photographs, condition reports or virtual consultations.