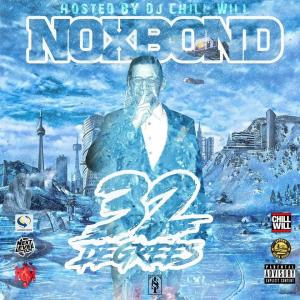 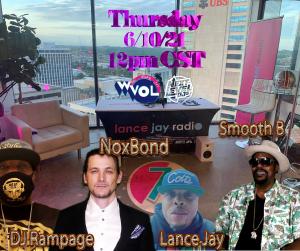 NoxBond on Lance Jay Radio via Next Level DJ Coalition 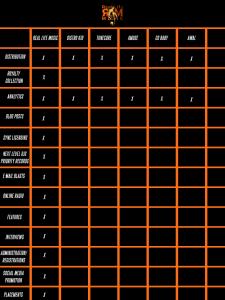 NoxBond is a 32nd Degree FreeMason who has been making moves in the music industry for years, and building a major foundation. His team is here to stay! its 32°

The production on this album is incredible, with bangers from Drake's producer Axl Beats, The infamous TNTXT, Big Head On The Beat, Viper Beatz, and Naptown Larj. The bass consistently rumbles..”
— Real Life Music, LLC

Let's rewind and look at what NoxBond has been doing.

Real Life Music, LLC has been making noise consistently since 2016.

It started with millions of plays on Soundcloud, 3 million to be exact between 2 songs : Money On My Mind, and SSDD from NoxBond's "My Life" album release.

In 2017, NoxBond got stamped by the legendary Mickey Factz, with their song "Heartbreaker" Produced by NoxBond under the pseudonym "The Upper Class Men"

In 2018, NoxBond popped up in L.A. at the BET Awards and surrounding events, and was seen rubbing shoulders with major power players like EMPIRE's Ghazi, Philthy Rich, Desiigner, GC Monger, Rudy Gobert, Wallway Pack, and other celebrities and power players.

He signed to Savage Life/Supa Unit as an A&R and started building his own label by partnering with UMG/CMG/Real Life Music, LLC/FCMG/BET artist Trill Will.

They released a music video on Worldstar that ran up a million streams within a week.

NoxBond was then spotted at SXSW at some of the biggest events, like Sxumbag Season, and Nerve DJs showcase, hanging out with Bre-Z from Empire, Murda Man, and more celebrities, as well as performing at one of the most prolific events, headlining with major acts from QC, Atlantic Records, Interscope, Free Bandz, and most of the major labels.

NoxBond then started collaborating with the Bay area's Yang God, Chippass, and Trill ENTs Joeazzy, and signing artist to his own label, Real Life Music, LLC.

in 2020, NoxBond hit the personal goal of 1 million streams on Spotify with the release of his "Best Of NoxBond Verses" album, in 41 days.
He signed agreements with company after company, setting up his own company, Real Life Music, LLC to be an insfrastructure and it's own music industry.

He owns Next Level DJ Coalition, the #1 DJ Coalition on google, and has a family and team of over 700 members who are DJs, Magazine owners, Website owners, Radio station personnel, Music industry executives, Promotion companies, and even other DJ Coalitions, as well as several founding members of other major DJ Coalitions.

When asked about Next Level DJ Coalition working with other DJ Coalitions on a digiwaxx conference call, NoxBond was heard saying "We are all about unity and family. We don't charge any dues or fees, so this is a permanent thing. Nobody ever gets kicked out, and we don't care if you are in other coalitions, we are all in this together!"

NoxBond has partnered with LiveMixtapes.com to release his album 32 Degrees on LiveMixtapes.com front page as a World Premiere, and has delivered an intense and intelligent album with aggressive energy and witty stanzas.

The production on this album is incredible, with bangers from Drake's producer Axl Beats, The infamous TNTXT, Big Head On The Beat, Viper Beatz, and Naptown Larj. The bass consistently rumbles the speakers and the mix is crisp and clear.

The features are truly Next Level, including the legendary BAR spitter Jag going bar for bar with our beloved NoxBond on not one, but TWO singles that elevate the listener! Candy is dripping wet and ready for the radio, and Send Dem Shots sounds like a Call To Arms for the realest soldiers! Trill Will's features sound like a river of flowing gold, gracing the verses on Fuckin Shit Up, Up, and Hallelujah with blessed and thoughtful lyrics that are still rooted in the dirt. Joeazzy's hooks on UP and Die 4 sound amazing , and you can hear why he has millions of views! Real Life Lukazi's verse on Raise The Alarm is hard hitting and full of energy, and his hook and verse on Presedence set the tone for the record. The introduction of 2hgKET with Live My Life sounds like it is headed STRAIGHT TO RADIO!

And through it all, NoxBond laces each verse with effortless, destructive, measured, cold, calculated, punchline filled thoughts that no other artists would ever say, and proves once again that no matter how Good and Great the features on his songs are, He is colder than 32 Degrees.

NoxBond currently owns a lot of other record labels, and has a new placement on a mixtape or website or blog or radio station weekly. His instagram is going up from the noise that is being made across the globe through his dedicated and impressive roster of "Brothers and Sisters" that are in the music industry!

Artists, want to get your business right and get promotion and marketing with your distribution? Send demos to nextleveldjcoalition@gmail.com with the subject "demo"

DJs, want to get on radio stations and get your mixes placed with major shows like Sway In The Morning? want a free flyer? Want free promotion and marketing? Want to joing an organic team of people who believe in each other? Fill this out and join the fam!

You can catch NoxBond every Wednesday at 2pm on the Digiwaxx.com conference call helping to break major and independent artists, and on Clubhouse from time to time.
Shout out to CL from Digiwaxx, Pesh from LiveMixtapes, and the Real Life and Next level family!