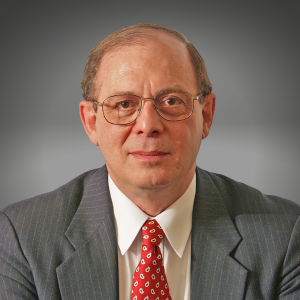 Shereck comes to Imperial Advisory with more than 40 years of experience in senior finance and operations roles. His background includes serving as the CFO for six different companies. He has experience in various industries, including health and wellness, video technology, manufacturing, and distribution.

Shereck is experienced in mergers and acquisitions, both domestic and cross-border, and is an efficient negotiator and expert modeler. Additionally, he has international experience, especially in Europe, Japan, and China.

“Barry has spent his entire career overseeing financial operations for companies of all sizes, and the domestic and international experience he brings will enable us to better meet the needs of many of the companies we work with,” said Imperial Advisory Founder and Partner Gershon Morgulis. “Barry’s ability to cut through the noise and focus on the core issues will provide tremendous value to our clients and to our firm’s culture, and we are delighted to have Barry aboard.”

Shereck’s most notable accomplishments include creating $500 million in shareholder value, within a month, for a digital video technology company that was facing serious financial difficulty; growing a worldwide entertainment company’s annual sales from $20 million to almost $500 million in less than 6 years; reducing the overhead of a newly acquired overseas subsidiary company by more than $3 million annually by reorganizing and rebuilding their operations; and designing and implementing an inventory control system that reduced inventory for a publicly traded global camera manufacturer and distributor by 25% in 12 months.

Founded in 2014, Imperial Advisory provides businesses and nonprofits across Long Island, the broader New York City area, and around North America with a range of fractional CFO and related advisory services. Imperial Advisory helps business owners grow their companies by providing them with a deeper understanding of the financial implications of business decisions.

Imperial Advisory is a team of senior business executives that provides companies with outsourced CFOs as well as advisory services for in-house CFOs. The team has accumulated decades of prior CFO experience complemented by its leadership team’s and collective background in President, CEO, and COO roles. By participating in short-term decision-making and long-term business planning, Imperial enables C-suite executives to grasp the financial risks they take and ultimately helps them make more money. For business owners and CEOs looking to grow their companies, Imperial provides a deeper understanding of the financial implications of business decisions and helps them compare different opportunities for expansion. For businesses that are struggling, Imperial identifies financial pain points and guides executives toward continued growth.