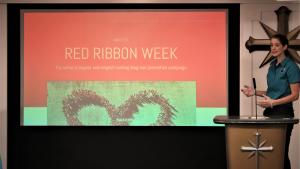 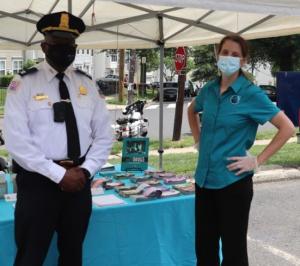 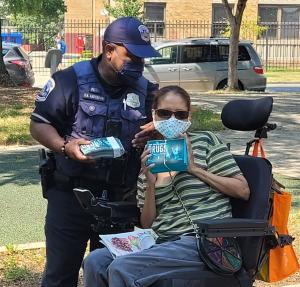 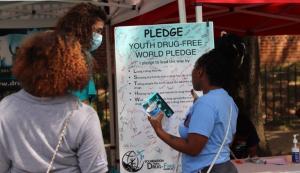 Amid a week of celebration, the drug education message is dire – fentanyl is killing too many people

It’s a race against time to educate our communities about this deadly drug and the effects of all drugs by putting the truth about drugs messages into as many hands as possible.”
— Thalia Ghiglia, Foundation for a Drug-Free World faith liaison

WASHINGTON, DISTRICT OF COLUMBIA, UNITED STATES, October 28, 2021 /EINPresswire.com/ — Nationwide parents, teachers and drug prevention advocates are asking what more can be done to quell the destruction caused by the world’s deadliest opioid: fentanyl. Deaths are skyrocketing from drugs laced with fentanyl. What more can we do?

According to the National Center for Drug Abuse Statistics drugs laced with fentanyl are a factor in more than half of drug overdose deaths in the United States. They report that over 42,000 fentanyl overdose deaths occurred in 2020. Drug overdoses have killed close to a million people since 1999 with seven out of ten being due to opioids.

Thalia Ghiglia, the Foundation for a Drug-Free World faith liaison, has been giving lectures about this deadly drug in the Washington, DC, area and working with other drug prevention advocates to help reach out into the community to enlighten youth, parents, seniors and others to this danger. Her message is short: “Right now, you could actually safely say that drug use has a good chance of killing you. With fentanyl having overtaken the drug market, it doesn’t matter what you think you’re taking. There is a good likelihood you’re also getting fentanyl which with young people, just one pill can kill them – and they never saw it coming.”

This week is the 15th Anniversary of the Foundation for a Drug-Free World. In honor of this and Red Ribbon Week. Ms. Ghiglia led a celebration event hosted at the Founding Church of Scientology. Key volunteers active in drug education and community betterment using Drug-Free World materials during the pandemic months were recognized for their advocacy in the community. Inspired, they pledged even greater action in the coming year.

“It’s a race against time to educate our communities about this deadly drug and the effects of all drugs by putting the truth about drugs messages into as many hands as possible,” Ms. Ghiglia stated. “Successful drug prevention endeavors must include factual drug education to empower individuals with the knowledge to decide for themselves. Once they have that knowledge, they can make more educated and productive choices for their own survival and success.”

This event follows a busy summer of outreach activities, lectures and booths to educate citizens about various drugs and their dangers by the Drug-Free World staff and volunteers around the United States working in collaboration with hundreds of drug prevention advocates.

The Foundation for a Drug-Free World continues weekly to work with law enforcement and community activists on effective strategies to reduce the demand for illicit drugs. Drug-Free World has been educating for over 15 years and is not stopping, believing always that bringing the message of the truth about drugs is a vital part of helping to stop drug abuse.

Red Ribbon week is a national drug prevention and education week held each year to honor the memory of DEA agent Enrique “Kiki” Camarena, who was tortured and killed in 1985 by drug traffickers while working undercover in Mexico. The National Family Partnership organized the first Red Ribbon Week and has maintained the campaign for over 30 years.

The Foundation for a Drug-Free World offers their Truth About Drugs materials free to anyone who is interested. More information can be found at www.drugfreeworld.org for free downloads, videos and to order printed materials.

A profile of a Drug-Free World advocate and his activities in fighting drug abuse is available on demand at https://www.scientology.tv/series/voices-for-humanity/michael-deleon.html

It has been conclusively proven that when young people are provided with the truth about drugs—factual information on what drugs are and what they do—usage rates drop.