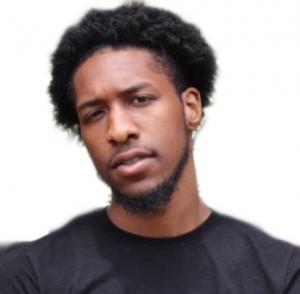 MIL Zay (Zyaire Walker) a 23-year-old rapper's new singles of his album "Hell On Earth" have performed remarkably receiving over 40,000 views on YouTube.

Music is my life, and I work extremely hard to make sure the audience relates to my Music and loves it.”
— MIL Zay

UNITED STATES, October 26, 2021 /EINPresswire.com/ — [Dated : Oct 26,2021] Mil Zay, a 23-year-old rapper, has announced the release of his two new singles for his album "Hell on Earth", i.e. Hell on Earth (Intro) and Watch Out. The songs have gained popularity among the youth and have over 40,000+ views on the YouTube channel. He creates everlasting Music in the form of storytelling with energetic beats. MIL Zay's Music is influenced by artists such as Lil Wayne, Lil Durk, Tee Grizzly, and DDG, yet he has his unique sense of tone and Music. His Music, however, goes beyond the confines of rap and is vibrant and unique. All his music fans can appreciate innovative lyrics emanating from delightfully created tunes. He is driven by a desire to make a difference.

On talking to the media, MIL ZAY was quoted saying, "I believe that Music is therapeutic in and of itself. It's a powerful manifestation of humanity. It's something that affects us all. Everyone likes Music, no matter what culture they come from."

His fans don’t leave any opportunity to shower love on him. With a growing number of followers on Instagram, he has been offered multiple sponsorships. One of his fans says, "MIL ZAY is the best Philly has to offer." Another follower added, "You're the best and deserve so much more love and recognition."

MIL Zay (Zyaire Walker) is a rapper, singer, songwriter, motivational speaker, and business entrepreneur. MIL Zay, a native of Philadelphia, Pennsylvania, began his musical career at seven. He was raised in the slums of his hometown and has lived a varied life that has taught him humility and inspired others. The 23-year-old rapper's recording agency, as his own MIL Productions. His two successful hits from his album "Hell On Earth" (Hell on Earth (Intro) and Watch Out) have racked up over 40,000 views on YouTube and have been produced from his own production house. You can follow MIL Zay on Instagram by visiting https://instagram.com/mil_zay