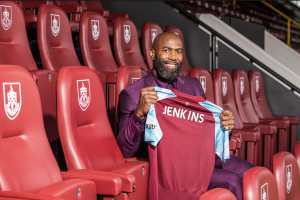 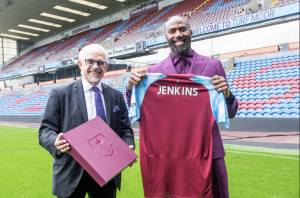 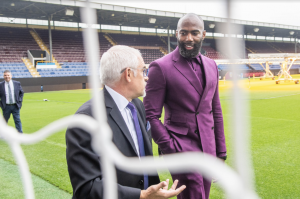 Jenkins’ investment in the historic North West England-based football club comes as a stakeholder in ALK Capital which took over Burnley FC on December 31. The US investment group is led by former Real Salt Lake CEO and now Burnley FC Chairman Alan Pace

The investment comes through Malcolm’s holding company, MALCOLM INC and the newly created vertical DISRUPT SPORTS PARTNERS, which focuses on business ventures in sports and leagues.

“I’m excited to enter this new relationship, as Burnley FC is known for its tenacity, work ethic, good sportsmanship and efficient operational infrastructure. It’s a great fit for me personally and my company to invest in the growth of the sport alongside a historic organization that aligns with our company values,” said Jenkins.

Burnley Football Club was founded in 1882 and is one of the most historic clubs in England as one of the 12 founding members of the Football League. The club has been crowned champions of England twice and won the FA Cup once. Under the Premier League’s current longest serving manager Sean Dyche, the club has entered its sixth successive season in the top division and qualified for European competition in 2018.

Burnley FC has played at Turf Moor since 1893 which makes it the second oldest continuously used ground in English football.

In the past three years, Jenkins has built his holding company, Malcolm Inc. to manage his off the field business portfolio, philanthropic and brand partnerships with a diverse and robust roster of companies in Media, Tech, Apparel, Restaurants, Real Estate, Sport and Education.

“It’s become increasingly important to me to make thoughtful, strategic investments in people, products and services that I love, with the commonality that we broaden opportunities for minority athletes and entertainers to create generational wealth in emerging areas that you don’t typically see black and brown investors,” said Jenkins.

Led by Chief Investment Officer Ralonda Johnson, Malcolm Inc.’s leadership team comprises more than 65 years of experience. The slate of companies in Jenkins’ portfolio include DISRUPT SPORTS PARTNERS, LISTEN UP MEDIA, a multimedia production company with the mission to showcase and distribute content that seeks to entertain while creating social awareness around systemic issues in society; BROAD STREET VENTURES, a $10 million investment vehicle funded entirely by Black and Brown investors including a group of fellow NFL player​s; DISRUPT FOODS, a multi-unit franchise developer and operator of quick service restaurants aiming to level the economic playing field for Blacks and Hispanics through franchise ownership; E&R REAL ESTATE GROUP to expand black ownership of land and real estate across the U.S., DAMARI, a custom clothing company including ready-to-wear and made-to-measure men’s and women’s suits, and THE MALCOLM JENKINS FOUNDATION, a 501(c)3 public charity founded in 2010 by Jenkins with a mission to effect positive change in the lives of youth in underserved communities.

A three-time NFL Walter Payton Man of the Year finalist and 2017 NFLPA Byron “Whizzer” White Award winner, Jenkins strives to make a positive difference in the lives of youth in underserved communities through The Malcolm Jenkins Foundation. He has a B.A. in Strategic Communications from The Ohio State University and is a 2020-2021 Visiting Fellow at the Harvard Weatherhead Initiative on Global History.

ABOUT BURNLEY FC:
Burnley FC is a Premier League football club from the town of Burnley in East Lancashire. Founded in 1882, it was one of the first to turn professional in 1893, the same year the club moved to its home ground, Turf Moor – making it the second-longest continuously used stadium in English professional football.
The club enjoys a rich history in English football, being crowned champions of England on two occasions in 1920–21 and 1959–60. The club lifted the FA Cup in 1914 and has twice won the FA Charity Shield, in 1960 and 1973.

The club, known as The Clarets, is enjoying its sixth straight season in the Premier League, having most recently won promotion back into the top-flight as winners of the Championship in 2015–16. The club has spent 59 seasons overall in the highest division of English football, and qualified for continental competition on three occasions, including reaching the Quarter Finals of the European Cup in 1960-61.
The club benefits from a Category 1 Premier League academy, which has produced talent such as England international Jay Rodriquez and England U21s international Dwight McNeil.

In 2021, the Clarets amalgamated with Burnley FC Women as part of a long-term strategy to professionalise women’s football at the club. Burnley FC Women plays in the FA Women's National League North having achieved back-to-back promotions, as champions of the FA Women's National League Division One North in 2018-19 and North West Women's Regional Football League in 2017-18.