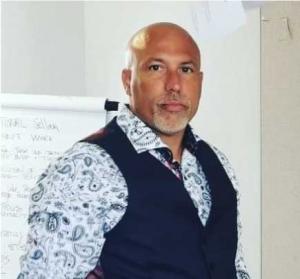 Alternative safe business practices have been provided to Government officials for over a year with no effort to help small businesses stay open.

To be Canadian is to be socially responsible for your fellow Canadian. It is time that we come together as Canadians and help the small business owner that has been treated as non-essential.”
— Edward Henry

TORONTO, ONTARIO, CANADA, June 11, 2021 /EINPresswire.com/ — Since March of 2020, Edward Henry has worked with health and safety professionals, epidemiologists, business professionals and many others to develop universal standards for safe business practices. It was clear from the beginning that we were not prepared for pandemic. You cannot change an entire way of life and an entire way of doing business without a plan for adoption. That was never clearer than months after the first series of lockdowns throughout North America, and the rest of the globe.

On June 11, 2020, Edward Henry announced that Social Distance Management has launched Social Distance Advisory to provide consistency and transparency to determine the level of vigilance required for safe business practices. Over the next few months, Edward Henry continued to contact many elected officials throughout Ontario to discuss how this conformity system will keep people safe, but businesses will be able open, and have access to the audits, traffic plans, and other resources that were launched to help companies conform to standards of managing space and cleanliness.

Feb 26, 2021, not for profit group (SmALL Business is Essential) SBE Canada was formed to promote safe practices and aid small businesses across North America. The plan was to recruit the right candidate to lead this organization into a better normal.

Since May of 2020, Edward Henry and his team of employees and volunteers have contacted most of Ontario’s MPPs to discuss the possibility of providing resources to the government and businesses throughout Ontario. These efforts were commonly redirected to several different departments, agencies, and other representatives, but not one of these representatives explored the possibility of exploring alternative methods that could keep small businesses open.

Many of these businesses have been forced to close because of the classification of non-essential goods and/or services, when instead we should have been allowing businesses to operate based on whether they can protect customers and employees while operating safely. Many small businesses have made large investments to become compliant only to discover that there is no standard of compliance. Small businesses have made extensive efforts, using borrowed funds, to meet standards that were set by government, only to be shut down and unable to open for months at a time. At the same time, so called essential businesses have operated for most of the pandemic with little or no oversite or restrictions to their sales, until inspections became frequent, and sales restrictions were enforced during the third wave lockdown.

Ontario small businesses deserved more than a leader who did not lead, and a government that has been inconsistent and overreactive. It appears that the Ontario government was never interested in giving small business the ability to explore safe business practices and the only option for them were lockdowns and vaccines. When considering the effort, the lack of transparency, and the lies from these leaders, it appears that the strategy was to hold the economy hostage through lockdowns until a fair trade-off of vaccines was completed.

SBE United will continue to support small business and promote universal compliance throughout Ontario and the rest of North America. It is also SBE United’s mission to raise the necessary funding for many business owners that continue to struggle after the longest lockdown in North America. Small businesses deserve better than the lies, lack of effort, ambiguity, and resistance that has been provided by the representatives they elected.

Small business owners that are currently struggling and need transition assistance or have experienced closures can register their membership at no cost. Visit https://sbeunited.org/