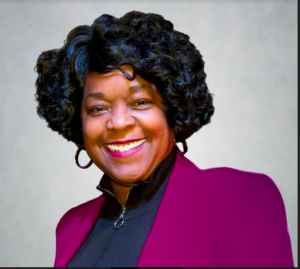 WASHINGTON, D.C., USA, April 26, 2021 /EINPresswire.com/ — The latest episode of "White House Chronicle," the weekly news and public affairs show, provides a penetrating look at what happened during the deep freeze in Texas and its litigious aftermath.

Llewellyn King, the show's host and executive producer, drills down on how the weather crisis and the institutional collapse in Texas affected one electric and gas utility, CPS Energy, which serves San Antonio. the state's second-largest city. He interviews three people who have been dealing with the situation day in and day out since the 90-hour emergency in mid-February: San Antonio Mayor Ron Nirenberg, CPS Energy President and CEO Paula Gold-Williams, and Clinton Vince, chair of the U.S. Energy Practice of Dentons, the world's largest law firm, who is managing litigation for CPS Energy

CPS Energy is one of 20 municipally owned Texas utilities which has been hard-hit by price-gouging during the crisis.

On "White House Chronicle," Gold-Williams says it was a complete market collapse; Nirenberg describes the market collapse as the greatest transfer of wealth in Texas history; and Vince accuses the gas companies of grossly overcharging the utilities. He has supervised the filing of 18 lawsuits on behalf of CPS Energy.

Gold-Williams says CPS Energy is facing $1 billion of overcharges by ERCOT (Electric Reliability Council of Texas) and the gas suppliers. Luckily, she says, CPS Energy is financially strong and will phase in over a long period any charges that will eventually fall on customers.

This episode of "White House Chronicle" is now airing nationwide on select PBS and public, educational and government (PEG) access stations, can be viewed on whchronicle.com. The podcast is available on Apple, Spotify, Stitcher and other platforms.