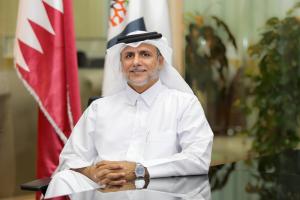 Global Carbon Council has been added to the list of programs fully approved under CORSIA to supply carbon credits and help airlines meet carbon neutral growth.

DOHA, QATAR, April 18, 2021 /EINPresswire.com/ — International aviation industry now has increased platforms to offset their unavoidable carbon emissions as Global Carbon Council (GCC) has been added to the list of programs fully approved under UN’s ICAO initiative “CORSIA” to supply carbon credits and help airlines meet their carbon neutral growth. With GCC approved, there are now eight international programs eligible to facilitate the aviation industry in meeting their carbon neutral growth targets.
Qatar-headquartered Global Carbon Council (GCC) has been recognized and approved by Carbon Offsetting and Reduction Scheme for International Aviation (CORSIA) of United Nation’s International Civil Aviation Organization (ICAO) to supply carbon credits to international airlines to meet their carbon neutral growth. By issuing carbon credits, carbon markets like GCC are assisting international organizations to offset unavoidable carbon emissions while also supporting the development of emission reduction projects and catalyzing climate actions. GCC – an initiative of Gulf Organisation for Research & Development (GORD) – is the first and only global voluntary GHG Offsetting Program of MENA region. Established in 2016 and operational since 2019, GCC has now received full approval under CORSIA of United Nation’s ICAO on 19 March 2021.
This approval is the recognition that GCC’s regulatory framework has all elements in place that assure real, additional and permanent emission reductions resulting from the projects registered by it and the Approved Carbon Credits (ACCs) issued by GCC are indeed highly credible and environmentally integral. It also assures that ACCs can be safely used by international airlines to meet their commitment of carbon neutral growth under CORSIA and by other organizations to meet their commitment for carbon neutrality of their products, services, events and activities. With full approval, GCC is listed among eight international programs that are eligible to supply carbon credits to international airlines to meet their carbon neutral growth. It is important to note that GCC, based in Qatar, is one of the two CORSIA-eligible international GHG programs that are headquartered in developing countries.
Speaking about this recent development, Dr. Yousef Alhorr, President of GCC, said, “Global Carbon Council, originated from MENA region, aims to provide carbon market instrument to serve global stakeholders in meeting their commitment for the zero-carbon world. Sustainable development and do-no-harm to society and environment are the core principles of GCC in issuing CORSIA-eligible carbon credits, with equal focus on avoidance of any overlap with national mitigation efforts to meet Paris agreement targets. CORSIA’s approval demonstrates that within short time since its launch, GCC has been able to reach the mark of quality and environmental integrity expected from offsets to aid the efforts of carbon neutrality around the world.”
GCC Program not only recognizes the projects for their contribution to mitigate climate change through the issuance of carbon credits, but also provides labels for their contribution to sustainable development goals and no harm to society and environment.
GCC Program has a complete regulatory framework in place and has already received submission of several GHG reduction projects from Turkey, India and Jamaica, which, if registered, will be collectively capable of reducing 28 million tons of CO2 in 10 years. There are several projects considering submission from several other countries including Qatar, Oman, Serbia and Pakistan, etc. Interest has been expressed by project developers from Saudi Arabia, UAE, Egypt, Jordan, Spain, China, Belgium, Canada and USA, etc. Several corporates and airlines are eying upon GCC projects to procure carbon credits from, to achieve their carbon neutrality goals. Carbon credits issued by GCC Program will be used for carbon neutrality of FIFA World Cup 2022. These credits will come from Qatari as well as international projects submitted to GCC. GCC expects to issue more than 10 Million carbon credits in 2021.
It is important to note that in the spirit of contributing to the cause of accurate global accounting of emission reductions and avoidance of double counting and double claiming of emission reductions, GCC has taken part in the implementation of World Bank’s Climate Warehouse and IHS Markit’s Meta Carbon Registry. GCC is also on the Advisory Board of IHS Markit’s Meta Carbon Registry that is under development. World Bank and IHS Markit are developing meta carbon registries to be able to keep accurate accounting of emission reductions due to implementation of Nationally Determined Contributions (NDCs) by countries including the use of carbon market instruments, whether voluntary or compliance based.