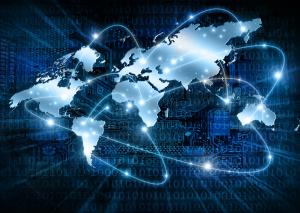 With this new compliance system, we should be able to expand our reach much farther and likely make our system available to a much greater number of prospective customers.”
— Don Bielak – Monetran CEO

WILMINGTON, DELAWARE, US, September 19, 2020 /EINPresswire.com/ — Wilmington, DE – – A recent announcement by a regulatory U.S. Government agency, which outlines a simpler, more streamlined approach to licensing for money transmitters, could have a major effect on fledgling fintech startups which deal with cryptocurrencies, such as Monetran.

The Conference of State Bank Supervisors (CSBS) will on Tuesday, September 21, unveil the new regulatory regime for money service businesses, which will undergo a single exam by a joint group of state regulators that oversee licensing, instead of dozens of individual state exams.

State regulators have received numerous company complaints that the state-by-state supervisory system is redundant, counterproductive, and unnecessarily costly. Cryptocurrency and fintech firms, which are normally required to be licensed in each individual state have been at the forefront of such complaints.

“Having to comply with varying regulations in fifty states would have been too costly and burdensome for a startup such as ours,” Monetran's CEO, Don Bielak said. “We had originally resigned ourselves to launching operations in only three states to begin with. With this new compliance system, we should be able to expand our reach much farther and likely make our system available to a much greater number of prospective customers.”

Monetran will combine blockchain and cryptocurrency to make cross border remittances and payments at approximately 70% less than major competitors. In addition, the company will utilize the ultra-rapid Stellar blockchain to make the transfers in 3-5 seconds instead of the hours or days that their competitors require.

"Customer acquisition will be made both simpler and less expensive due to this new regime," Bielak said. "We intend to enter the U.S. / Mexico remittance market as one of our first priorities. Because remittances to Mexico come from all parts of the country, having a wide reach will make finding these customers much easier and more economical."

Monetran is currently engaged in an SEC Regulation CF through the portal Netcapital. The company is offering a free token as a perk with each unit of equity purchased. The Monetran campaign is scheduled to run through October 6. Monetran's offering page can be accessed here: www.netcapital.com/companies/monetran#overview and the company website can be found here: www.monetran.com.