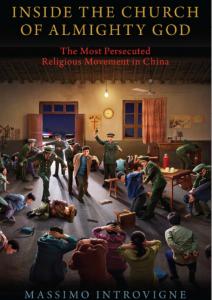 Inside the Church of Almighty God The Most Persecuted Religious Movement in China, book cover 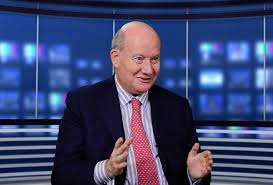 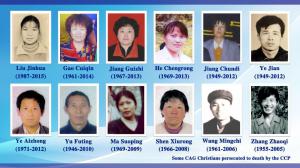 Some of the Church of Almighty God members persecuted to death in China. 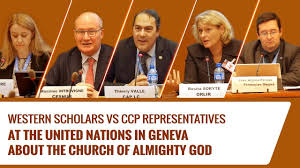 Massimo Introvigne at the United Nations in Geneva 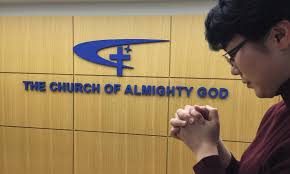 The Church of Almighty God persecuted in mainland China.

Reports of peaceful faiths being persecuted flood out of China

We have heard the saying so many times “Never Again” in connection with the Holocaust following the Second World War. Yet, as we read the papers, listen to TV and speak to people who have firsthand knowledge, there are places in the world today, in 2020, where “it” is happening. “It” meaning people are being mass incarcerated, tortured, murdered, housed in so-called re-education camps – a polite way of saying concentration camps – solely for practicing their faith.

Stories are flooding out of mainline China especially from the northwest sector.
Just this week a new book authored by Massimo Introvigne called Inside the Church of Almighty God The Most Persecuted Religious Movement in China (https://www.amazon.com/Inside-Church-Almighty-God-Persecuted/dp/0190089091) was released at an event in Washington, DC. At the same time the Church of Almighty God (CAG) released their annual with stories and statistics detailing the Chinese communist government’s persecution of their church members. It also brings attention to other faiths being persecuted including the Uyghur Muslims, Catholics, Buddhists, Taoists and others. Millions have been persecuted, detained and put in concentration camps.
“It” is happening all over again!

US Secretary of State Mike Pompeo stated at the US State Department’s second Ministerial to Advance Religious Freedom in July 2019, “China is home to one of the worst human rights crises of our time; it is truly the stain of the century.”
https://www.state.gov/secretary-of-state-michael-r-pompeo-keynote-address-at-the-ministerial-to-advance-religious-freedom/

Stories pouring out of China are being heard around the world including in Australia where Muslim Uyghurs are crying for their loved ones back home who have disappeared. (https://www.abc.net.au/4corners/xinjiang-tell-the-world/11350450)
International documents including the United Nations Universal Declaration of Human Rights ratified in 1948 emphasized that what happened during World War II in Europe should never happen again. https://www.un.org/en/sections/universal-declaration/index.html

Other international accords also cry out to support the dignity of the human person and decry those who persecute their fellow man in their attempt for power and money.

The release of Massimo Introvigne’s well documented ground breaking study gives one an inside look at the atrocities perpetrated by government officials, police officers and others who hunt the members of the peaceful Church of Almighty God.

The first chapter of the book details such stories as Ms. Jiang Guizhi who was arrested by the police for being a member of the Church of Almighty God in January of 2013, detained, tortured and interrogated for 21 days. Two months later her body was cremated.

Another story relates the case of Mr. Cui Shuya, who was arrested in June of 2015 for being a member of CAG, interrogated, beaten, electroshocked on his legs and genitals, kicked and tortured more for a month by the police. When he was finally released they threatened him with another arrest if he was caught practicing his faith.
One can only ask what are the Chinese officials afraid of when they detain, murder and torture members of peaceful spiritual faiths like the Church of Almighty God, the Falun Gong/Falun Dafa, House Christians, Catholics, Uyghur Muslims and others.

Prayer is powerful. Standing shoulder to shoulder in action is mandatory. People of all faiths must stand together against persecution of any faith.