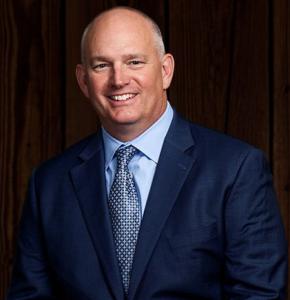 With more aircraft on the market recently, buyers and sellers are seeking to make deals before the end of the year to hedge against the economic, political and tax uncertainties that 2020 might bring”
— Brian Proctor, Mente Group

"With more aircraft on the market recently, buyers and sellers are seeking to make deals before the end of the year to hedge against the economic, political and tax uncertainties that 2020 might bring," said Mente Group President and CEO Brian Proctor. "We have seen some slight price declines recently that have offset higher prices on a slower volume earlier in the year, and the next three weeks will really be busy."

Proctor says the pre-owned business jet market is balanced now, with an equal number of buyers and sellers seeking to make deals. "There are a lot of bizjet owners and buyers who are trying to take advantage of the minimum tax environment we are in right now," he adds.

Depending on political events in an election year, the currently favorable tax climate could change in 2020, so both buyers and sellers have been trying to lock in certainty in the past few months, and the fourth quarter has been notably active, Proctor says.

Several international economies are teetering on recession. Coupled with an upcoming election and ongoing impeachment hearings, that has contributed to profit taking in the stock markets. Proctor notes that the future business jet marketplace could shift to the advantage of buyers.

"With all of this going on as we wind up the year, the pre-owned aircraft market is trying to get ahead of potential changes. As a result, aircraft brokers and lenders have been busy lately," Proctor added.

Mente currently has 12 business jets listed exclusively for sale. In addition, it has several buyers looking for specific aircraft. "We anticipate a lot of activity next year, but there are buyers and sellers who are definitely trying to lock in the knowns versus the unknowns after the election," he said.

In addition to the 12 bizjets listed, Mente Group is also offering an unusual aircraft, a flying 1966 Northrup F-5B fighter jet, complete with ejection seats, survival kits and spares. Earlier in the year, in another unusual transaction, Mente sold a Russian MiG. Proctor commented that, "The fighters have been a new a varied product path for us this year."