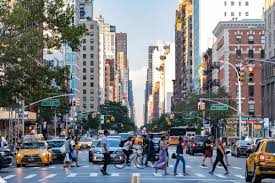 iDrink is becoming known as IoT’s Internet of Beverages with its self-service, mobile payment, money-making machine. The 4-touchscreen advertising monitors on the machine offer marketers and advertisers a new channel to reach consumers with promotions and offerings.

[iDrink’s 4-touchscreen advertising monitors on the machine offer marketers and advertisers a new channel to reach consumers with promotions and offerings.]

iDrink’s approach has two distinct agendas with its IoT beverage vending machines. Firstly, iDrink engages customers through the use of its Drink Coin cryptocurrency. Secondly, it creates an ecosystem for retailers, stockers, investors and brand partners. The use of hashtags and QR codes connects consumers to various venues; certainly, New York offers plenty from sports venues and theatres to restaurants, clubs and more.

iDrink, which is becoming known as the most efficient beer and beverage dispensing system in the market today, is fueling the value network at the right time. The beverage market in North America maintained relatively stable growth from 2014 to 2018. By 2018, the North American beverage market reached US$394.56 billion, ranking first in the global market and forecasters see exponential growth ongoing with no end in sight. This is good news for investors.

iDrink’s partner, SUIC, who boast a respected track record in global development, recognizes the strategic opportunity to deploy influencer and experiential marketing as well as the opportunity to leverage its Drink Coin cryptocurrency. SUIC’s goal is to ensure that iDrink’s positive brand image is secure and stable while taking advantage of added value segments.

Additionally, the vending machines support marketing strategies focused on localization. With the ability to advertise through the machines via IoT, advertisers and marketers can make meaningful and direct connections with consumers in their area. This is where technology can drive growth.

SUIC iDrink’s sales and marketing teams also plan to work directly with local operators such as breweries, merchants, partners, and distributors, to accelerate the development of new channels, partner marketing, and support sales training and initiatives.

SUIC and iDrink realized early that, to spur interest in the market, the smart vending machines would have to produce significant revenue for operators — and that means access to high volume traffic. With the ability to place machines in supermarkets and shopping malls, in addition to aforementioned venues, iDrink is exposed to a high volume of ready-to-go — and ready-to-buy — consumers. This means that operators with ten or more iDrink machines will see substantial revenue that may go into the millions.

[Operators with ten or more iDrink machines will see substantial revenue that may go into the millions.]

The volume of consumption data gathered and consolidated by iDrink is not only significant in volume and detail, but once uploaded to its blockchain-enabled iDrink Smart Vending Machines, it ensures that the connection to each individual consumer is highly relevant.

Thanks to SUIC’s experience providing Blockchain services to five sectors including: “Logistics & Trade”, “Vehicle & Transportation”, “Finance & Coin”, “Medical & Healthcare”, and “Fintech”, iDrink is staying ahead of the curve. In a very short time, the joint venture between SUIC and iDrink has jumped across oceans from Taiwan and Southeast Asia to North America.

It appears that the world is rapidly developing a thirst for iDrink. Investors have every reason to say “cheers” to that reality.

About Sino United Worldwide Consolidated Company The Sino United Worldwide Consolidated Company provides Venture Financing and Blockchain services to five sectors including: “Logistics & Trade”, “Vehicle & Transportation”, “Finance & Coin”, and “Medical & Healthcare”, and a new addition, “Fintech.” The addition of the Fintech sector to SUIC’s Blockchain services includes a comprehensive update in which SUIC will build up its own internal capabilities by actively starting a Blockchain training program, developing a 3rd generation Smart Contract Blockchain under the SUIC brand, and using these capabilities to offer a comprehensive ICO consultancy. Shareholders of SUIC will be exposed to the diverse application of blockchain services in various parts of the economy. Additionally, existing and potential customers can benefit from this company’s diversified portfolio of technologies and consulting services in the four sectors. As one of the first publicly traded technology companies, SUIC serves as an innovative leader by integrating these five sectors. To learn more, please visit www.sinounitedco.com.