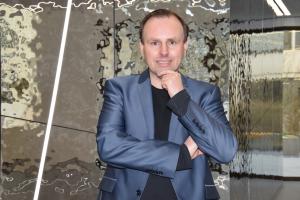 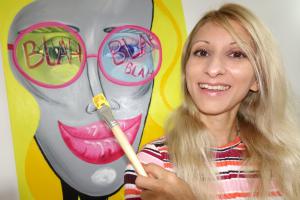 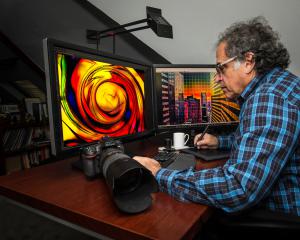 PARIS, FRANCE, October 15, 2019 /EINPresswire.com/ — Paris is a popular art city. Artists like Pablo Picasso, Vincent van Gogh, Marc Chagall, Modigliani had their studios in Paris and created their works in the fascination of Paris. The French art market, and especially in Paris, attracts international art collectors. In October, the largest art fair in France "Fiac" takes place. During this time, other art fairs in Paris attract art collectors and art lovers magically. The PAKS Gallery from Austria presents selected artists from many countries in the Carrousel du Louvre.

„Contemporary art is one of the strongest internal expressions and also serves as a barometer of mood in a modern society. In times of social change, political differences of opinion and digitization, the importance of artistic freedom of expression as well as the artistic perspective of society with all its characteristics is increasing. Therefore, it was important for me to show a wide range of art from many countries in this exhibition“ – says director of PAKS Gallery Heinz Playner. For the exhibition at the contemporary art fair in the Carrousel du Louvre, he has selected from among several thousand artists worldwide 48 artists and shows their art from 18 to 20 October in Paris.

One of the highlights are the artworks of the well-known pop art artist Tanja Playner. She has shown her art several times in Paris. This year she presents her project "Bla, Blah, Blah glasses". "I have became attention to this project through the political promises promised by politicians worldwide, but not kept. And I thought to myself: we always only hear Blah, Blah, Blah, but also so much negative, which is sometimes pushed up by the media just to make headlines. If you only deal with it, then you become very depressed. I also watched social media and saw a lot of people acting like crazy about politics and negative news. Then I created the artwork "Blah, Blah, Blah glasses", in which I interpret that you can protect yourself from negative influence, so the glasses have different colors "- says the Pop Art artist. The artwork was also the limited edition mixed media as well as an edition "Bla, Blah, Blah game" in the artist played with the parts of the artwork.

Another highlight are the artworks of Howard Harris from the USA. Howard Harris creates his works of art through photography and digital editing. His art moves between technology and painting and therefore also acts as if we were in the space between past and future.

Also art by Orit Sharbat will be shown in the Carrousel du Louvre by the PAKS Gallery. The visual interpretation she gives to her source is manifested in a constant tension between figurative and abstract, reality and illusion, her intensive technique of drawing would like to explore and ask the question what is the layer that makes the reality illusion and brings illusion to reality with the representing the old and new worlds emerged continuously.

For the exhibition also artist Brenda R. Fernandez from Mexico was selected. In her art she experiments with different techniques, materials and textures.

The artist Lisa Levasseur from Canada combines sculpture with painting. For Lisa Levasseur it is important to design the artworks from 100% recycled acrylic. In Paris, the PAKS Gallery will be shown some of her works of art.

The exhibition will be shown at booth D1 / PAKS Gallery at the contemporary art fair in the Carrousel du Louvre Paris from 18 to 20 October 2019.