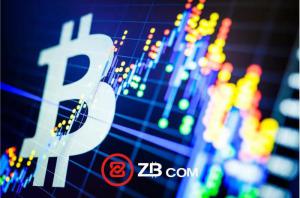 AMERICA, October 12, 2019 /EINPresswire.com/ — One of the most essential questions in the cryptocurrency industry is how it will react when a recession occurs across the globe. Indeed, there have been many different warning shots across since 2016.
Venture capitalists such as Bill Gurley and fund managers such as Paul Singer have commented on the state of the current markets, overvaluation, and irrational competition.
Further, they've discussed how low-interest rates have pushed up valuations across the venture industry, the public equities markets, and might create a variety of risky behaviors.
Indeed, U.S. traditional equities are at ten-year highs, despite trade wars and other macroeconomic elements that may have an impact on stocks.
Recession fears are egged on by many because it's been ten years since the last recession. It might seem as if much wasn't learned from the prior recession.
A mixture of factors such as federal funds rates remaining low, negative interest rates, bloated valuations in the private and public markets, an increase in share buybacks, as well as possible increased leverage might continue stoke fears.
Further, pre-emptive maneuvering in monetary policy in many different countries to lower rates, in decreasing tax rates, and conducting repurchase operations to stimulate or stabilize the market.
We want to look at a few of these factors to understand recession chances, what experts have said about it, when it may come about, how it may impact cryptocurrencies.
Let's start with economic uncertainty in 2016 because that's when we first might have seen signs of distress.

2016 was a strong year for stocks and the economy. The S&P 500 index saw substantial gains, recording an increase of over 80% over the preceding years.
United States unemployment was at lows and has decreased further to becoming less than 4% today. But one key concern was that of government intervention in stimulating the economy.
The effective United States federal funds rate decreased from 5.25% in 2007 to 0.15% in January 2009. It declined even further to 0.07% and stayed in the 0.09% to 0.012% level until 2015. The United States federal funds rate gradually spiked in 2016 to 0.34% and kept increasing to 0.54% by the end of 2016. It would rise over the next few years to 2. before slightly declining in 2018 and 2019.
Volatility and a downturn started the new year in 2016 with Down Jones falling sharply (276 points) picking up and then dropping 800 points in the latter half of the year.
But why did it happen? Economic uncertainty in China might have led the sell-off. The SSE Composite fell 43% in less than three months in mind 2015. This led its government to maintain stability and devalue the yuan.
The concern in the latter half of 2015 was an economic slowdown in a major economic powerhouse, China, a decline in petroleum prices, and default conditions in countries in Europe. Investors across the world looked at the signals and sold assets.
Uncertainty was also present in the United Kingdom with the fears over Brexit. The latter half of 2015 saw significant declines in stock markets across the world, in emerging markets and developed markets.
Volatility started happening in 2015. Markets would go down and pick back up. This cycle would continue into 2016 and the following years. Markets oscillated between declines and recovery.
By mid-2016, the Brexit referendum turned in a negative direction, and they voted to leave. The British sterling declined and continued its decline to more than 30-year lows. World stock markets reacted to this decision, and stocks tumbled substantially.
The U.K. still currently has a negative watch credit outlook by the different rating agencies. These events would compel investors to allocate more capital to precious metals like gold and other conservative asset classes. Central banks across the world noted their views on the economic uncertainty and issued releases confirming their intentions to intervene if necessary.
These events would be the start of global economic growth revisions over the following years.
Problems outlined in 2016 haven't been solved.

The European situation is still a significant cause for concern as the relative health of many critical countries such as the United Kingdom, Germany, and others have dwindled. Europe leads the way in heading down the path of negative rates. Countries ranging from Portugal to Spain still have bloated debt issues and require continuous intervention from the E.U. as well as the IMF. Grexit fears might also lead to a splintering of the European Union is yet another concern among investors.

China has devalued its currency several times and might have substantial overvaluation of overall asset classes from real estate to stocks.
India implemented several actions to keep the economy stable, such as decreased corporate tax rates and lower federal funds rates.

Personal debts have increased with Experian noting that overall consumer debts have reached over $13.3 trillion, with revolving debt reaching over $4.0 trillion. Further, younger individuals from 25-34, hold an average of $42,000 in debt, according to CNBC. Student loans are another issue that causes high alarm. Students might not have the capacity to shoulder these debts soon. But experts note that the United States government backs a substantial majority of these student loans and investors typically see the USD and U.S. debt as a risk-off asset.
Unfortunately, consumer spending on student debt takes away from other spending activities, indicating a potential slowdown. On the other side, real wages remain stagnant.
The United States treasury notes still yield positively, unemployment is still low, and stocks continue to remain active with macro-based volatility. Corporations rush to refinance or raise debt at a frenetic pace with players like Apple and others leading the way. A recent headline by the F.T. reads "U.S. companies raise $28bn of cheap debt in a single day." Investors still buy corporate debt despite potential signals such as Ford's debt downgrade into junk territory.

Argentina, Venezuela, and others still face economic issues, and general uncertainty is present here as well.
The Z.B. Group Wrap Up
We see several commonalities across the globe regarding valuations, and investors taking on more risk across asset classes. There might be marked improvements in banking since 2008, but issues such as personal debts, predictions by the IMF and others on a global slowdown, trade wars and other factors affect the economic outlook.
Also, central banks are close to zero in interest rates across several countries, and a few are in negative territory.
Digital assets like bitcoin will see a test in its resilience in shocks to the traditional finance system.
Do investors see bitcoin as a store of value in uncertain times and treat it like gold or sell bitcoin and other digital assets to grab cash in times of economic trouble?
It depends on when they purchased bitcoin, how they bought (if using loans or not) and their time horizon for holding the asset regardless of short-term economic conditions. The concentration of bitcoin holders also matters in a recession scenario.
How you act will depend on your confidence in the future. Take actions that will generate value and help to build the budding blockchain and cryptocurrency industry.

ZB Group was founded in 2012 with the goal of providing leadership to the blockchain development space and today manages a network that includes digital assets exchanges, wallets, capital ventures, research institutes, and media. The Group’s flagship platform is ZB.com, the industry leading digital asset exchange. The platform launched in early 2013 and boasts one of the world’s largest trading communities.
ZB Group also includes ZBG the innovative crypto trading platform, and BW.com, the world’s first mining-pool based exchange. Other holdings include wallet leader BitBank, as well as exchange brands ZBM, ZBX and Korea’s Bithi.
Industry intelligence and standards are headed by the recently launched ZB Nexus who embody the core values of ZB Group and open source their reports and analysis for the public.