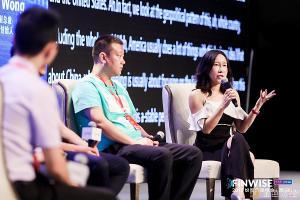 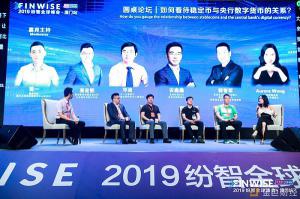 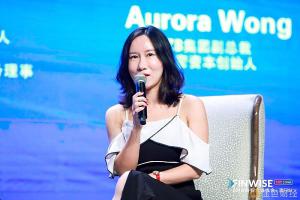 AMERICA, September 23, 2019 /EINPresswire.com/ — Aurora Wong, Vice President of ZB Group and founder of ZB Nexus, discussed the relationship between the central bank's digital currency and the stable currency on the second day of the 6th FINWISE in Macao on September 22nd. Her presentation covered how the sovereign credit currency has irreplaceability in the short term, and a stable currency is mainly used as a bridge between legal and virtual coins. The central bank's digital currency can focus on payments and financial infrastructure while a stable coin is best applied to specific scenarios and industries. The two have, both, competition and cooperation, using each others advantages to serve the digitization and certification of assets.

Central Bank digital currency is irreplaceable, and stable currency as a supplement

News of Facebook's plans to introduce Libra drew the attention of Central Banks around the world, and the relationship between Central Banks' digital currencies and stable currency was the focus of discussions at the summit that day.Aurora, Vice President of ZB Group and Founder of ZB Nexus, said: as the digital form of legal tender, Central Bank digital currency plays an irreplaceable role as a "sovereign credit currency".
“As a bridge between legal tender and virtual currency, digital stable coin is mainly used as a value anchor for many digital stable coins, which is basically the credit endorsement system of digital legal coin.On the other hand, it can be seen that the digital currency prepared by the central bank has a higher credit index and its importance is self-evident.”Aurora added.
Of course, stable coins have the same global liquidity advantages as cryptocurrency, and have a huge potential application value in the field of cross-border trade payment. It can complement the digital currency of The Central Bank and has its own application scenarios.

A value hub can be established between the private sector and the public sector. As long as it can promote the development of the real economy, rather than turning from real to virtual, it should cooperate and make use of their respective advantages to digitize and certify service assetsThe best way is that the public sector's digital currency should focus on digital payment and the underlying foundation of digital finance, while the private sector's token should focus on industrial application, which is an important division of labor.
Aurora also pointed out that the current level of development of the underlying digital financial facilities is insufficient as there is no digital identity entry on the blockchain, no digital financial account, and there is no mature suite of tools for interaction between the blockchain and the world of traditional financial assets. How transactions of general certificate assets in the virtual world can be mapped to physical economy services remains a challenge.

FINWISE is one of the most influential Fintech summits in the world. Jian Yi, Deputy Director of The Blockchain Research Center of Xiamen University, and An XinXin, CEO of JinSe Finance participated in the discussion on the relationship between digital currency and stable currency of the central bank.

ZB Group was founded in 2012 with the goal of providing leadership to the blockchain development space and today manages a network that includes digital assets exchanges, wallets, capital ventures, research institutes, and media. The Group’s flagship platform is ZB.com, the industry leading digital asset exchange. The platform launched in early 2013 and boasts one of the world’s largest trading communities.
ZB Group also includes ZBG the innovative crypto trading platform, and BW.com, the world’s first mining-pool based exchange. Other holdings include wallet leader BitBank, as well as exchange brands ZBM, ZBX and Korea’s Bithi.
Industry intelligence and standards are headed by the recently launched ZB Nexus who embody the core values of ZB Group and open-source their reports and analysis for the public.