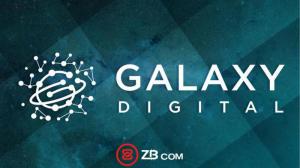 AMERICA, September 20, 2019 /EINPresswire.com/ — The financial industry is filled with many different types of entities that conduct transfers, engage in transactions of many sorts, and help to grease the wheels of the modern financial system.
Galaxy Digital is one such entity that hopes to become a significant business within the emerging cryptocurrency sector. The firm has high hopes and aims to be the Goldman Sachs of the cryptocurrency industry.

These ambitions of becoming the Goldman Sachs of the cryptocurrency industry is undoubtedly a tall order and is something that will likely take place over time.

Goldman Sachs was founded in 1869 and still exists in 2019, and its history is a strong testament of its strength, stature, and durability within the world. One can also see that Galaxy Digital has quite a long road ahead of it as it hopes to grow with a quickly rising industry.

It is one firm that is making a variety of moves within the cryptocurrency sector and will likely take on more key actions to increase its asset base and bring value to its investors.
Let’s take a look at some of the most recent compelling events of this particular entity, learn more about how it came to be and how it will continue to make an impact within the cryptocurrency industry.

Galaxy Digital is founded by Mike Novogratz, an ex-wall street trader who worked with Goldman Sachs, Fortress Investment Group. Novogratz earned his stripes in finance by working as a short-term bond salesman, then conducting more sales efforts with Goldman Sachs before moving into a trading desk position where he would a particular trading desk division. Soon, Novogratz would become a partner at Goldman Sachs before moving onto joining the Fortress Investments Group in 2002.

At the Fortress Investment Group, where he would work with Wesley Edens, Randal Nardone, Robert Kauffman, Peter Briger and other notable names in the financial services industry, he would spend time in hedge fund related investments, credit, and macro divisions.

By 2015, Novogratz would leave the cryptocurrency industry and focus on other aspects of life. But it was in his role at the Fortress Investment Group that he would learn about the leading digital asset, bitcoin. He and his peers would trade bitcoin and would realize significant gains.
These trades and experience would lead him to think about his next move after leaving the Fortress Investment Group. He would watch the rise of bitcoin in 2017 and announce his entrance into the cryptocurrency sector.

Galaxy Digital was born. It was first, an idea, then over the course of the year, Novogratz would add the right people (via acquisitions such as First Coin Capital Corp), create a firm and conduct a reverse merger with Bradmer Pharmaceuticals Inc., a firm already listed in the Canadian public markets. It raised more than $200 million through a private placement and became a public company on August 1, 2018.
Galaxy Digital would be a publicly traded firm in Canada and would have the right team, talent, and financial resources to be viable for the long-term.

But it would be a bumpy ride for Galaxy Digital. The cryptocurrency markets would shoot into the stratosphere, make all-time highs and then plummet to reasonable levels, before declining even further. Galaxy Digital would take all the necessary actions to become a relevant entity within the cryptocurrency sector but would have to be in it for the long-term. The digital assets merchant bank would experience several losses over the years due to the crypto asset drawdowns but still stands at the time of this writing.

What Does Galaxy Digital Do?

Galaxy Digital engages in four key activities:
1.Trading – The firm acquires and divests cryptocurrency assets to gain a profit. They aim to create a proprietary infrastructure with unique trading strategies focused on “cross-exchange arbitrage opportunities.”
2.Principal Investments – In this segment, the exchange focuses on private equity and venture investments within the blockchain industry. These investments also range from ICO’s to possible IEO’s and other assets.
3.Asset Management – The entity aims to manage capital for the other parties and earn management fees as well as a variation of carry on those investments.
4.Advisory – The advisory firm is expected to focus on “market research, solution ideation, white paper creation, and project management, in addition to other aspects that might be relevant for businesses and institutions within the emerging cryptocurrency sector.

Recent Events and Past Investments

Events
The cryptocurrency field is maturing, and more entities are pursuing different types of fundraising options, one of these forms of fundraising is called, security tokens. There are several entities that have created platforms to bring more value to this space, such as tZERO, Polymath, and others.

There’s also another option, a traditional choice, that of initial public offerings. Galaxy Digital Bank has recently gained approval through the Financial Industry Regulatory Authority (FINRA) to deploy securities offerings. As such, it is more prepared to take advantage of the emerging security token demand and might be able to establish a further foothold in the industry through this medium.

Underwriting securities will help to bolster growth as more companies join the blockchain and cryptocurrency sector.

Investments
Galaxy Digital Invested in Block.One at an early stage and recently divested a substantial portion of its holdings for a handsome profit. Further, it has invested in projects such as Everipedia, Clause, BlockFi, DrawBridge Lending, Matcherino, Spring Labs, Azarus, Casper Labs, Caspians, among other investments.

Activities
The firm has just recently rolled out crypto options contracts trading to offer hedging opportunities to institutional asset managers. The offering will allow put options and call options on different assets in the cryptocurrency industry.

A firm like Galaxy Digital headed by people from Wall Street, being publicly traded shows that the cryptocurrency industry is in a much different stage than what it was in 2009 or even 2017. More long-time establishments enter into the sector, add value and further credibility to the industry. The ZB exchange understands the importance of aiming for the long-term and continues to invest in the future.

ZB Group was founded in 2012 with the goal of providing leadership to the blockchain development space and today manages a network that includes digital assets exchanges, wallets, capital ventures, research institutes, and media. The Group’s flagship platform is ZB.com, the industry leading digital asset exchange. The platform launched in early 2013 and boasts one of the world’s largest trading communities.
ZB Group also includes ZBG the innovative crypto trading platform, and BW.com, the world’s first mining-pool based exchange. Other holdings include wallet leader BitBank, as well as exchange brands ZBM, ZBX and Korea’s Bithi.
Industry intelligence and standards are headed by the recently launched ZB Nexus who embody the core values of ZB Group and open-source their reports and analysis for the public.