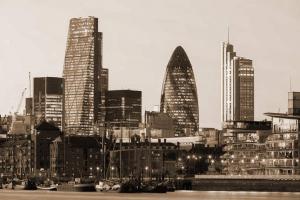 If you’ve previously looked at mortgages for UK expats you may have discovered that they were somewhat difficult to obtain.

When I first started Liquid the only options for UK Expats were big international banks. None of them had any real competition and as such they tended to cherry pick their customers”
— Stuart Marshall

OLDHAM, GREATER MANCHESTER, UNITED KINGDOM, May 25, 2019 /EINPresswire.com/ — If you’ve previously looked at mortgages for UK expats you may have discovered that they were somewhat difficult to obtain.

What was also true was that they were thought of as expensive, not available to everyone and only a few larger lenders or international banks were willing to offer UK Expat mortgages.

Times however have changed and many people still are not aware that UK Expat Mortgages are available to a higher number of Expats than ever before and what’s more the choice available to them is wider and at the best value it has ever been in terms of rates and Loan to Value.

A UK Expat mortgage is a mortgage product for a British citizen who’s currently residing outside the UK and more often than not is usually working abroad.

So what’s changed?
Well a lot actually as a UK Expat could only get a UK mortgage –whether investing in a buy to let property in the UK, a UK family residential mortgage or a UK remortgage by taking out a bespoke expat product as a ‘normal’ UK mortgage required the borrower to be resident in the UK.

When the former chancellor George Osborne changed mortgage interest relief in 2015 many UK resident investors decided to buy property within limited companies. So as the personal Mortgage market started to shrink many lenders who didn’t lend to limited companies ended up creating new products and finding new product channels.

“When I first started Liquid the only options for UK Expats were big international banks. None of them had any real competition and as such they tended to cherry pick their customers and the options they had were booth limited options and offered uncompetitive interest rates. We started to approach some smaller banks and building societies and showed them there was a market out there for products with high earning and high achieving customers who ultimately have proved to be excellent security.”

Since then Liquid Expat Mortgages has acquired more than 50 lenders all with exclusive UK Expat products. “There are over 5 million UK Expats living and working all over the world “Stuart carries on to say “and many of them have a foothold back in the UK such as an existing property, or they want to invest in the UK for a number of personal reasons.” Whatever your requirement there is undoubtedly a product that will meet your criteria.

Liquid Expat Mortgages have helped open the market to UK Expats and have helped lenders revamp their expat products. This now gives customers a wider choice for their individual expat mortgage requirements. To see how Liquid Expat Mortgages can help you secure your Expat UK Mortgage just call us 24/7 on +44 (0)161 871 1216 or visit www.liquidexpatmortgages.com to see how we might be able to help.