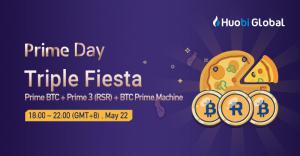 Huobi Prime celebrates Prime Day with Reserve launch and up to 50% off BTC. 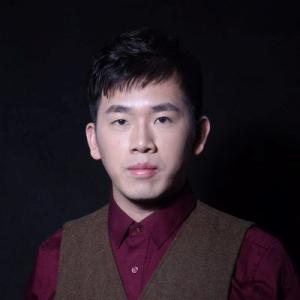 Huobi marked the ninth anniversary of Bitcoin Pizza Day with our third Huobi Prime launch plus a special sale of Bitcoin up to 50% off.

We wanted to do something big to mark Bitcoin Pizza Day this year. Partnering with Reserve for our third Prime launch plus hosting a special sale on BTC itself struck us as the perfect way to do it.”
— Livio Weng, CEO of Huobi Global

SINGAPORE, SINGAPORE, May 23, 2019 /EINPresswire.com/ — Huobi Global ushered in the ninth anniversary of Bitcoin Pizza Day with a bit of history of its own this year; the Huobi Prime launch of Reserve’s RSR token and a special sale of Bitcoin at up to 50% off market value.
Huobi's entire 3 billion supply of RSR and the 188 BTC set aside for the sale completely sold out by the end of trading.

“We knew we wanted to do something big to mark Bitcoin Pizza Day this year. Partnering with Reserve for our third Prime launch plus hosting a special sale on BTC itself struck us as the perfect way to do it,” said Livio Weng, CEO of Huobi Global.

Huobi Prime 3: Reserve’s RSR Now Trading On Huobi Global
The Prime launch of RSR was conducted over two price limited rounds. In the first, tokens were distributed on a first-come, first-served basis. In all, 600 million RSR sold out in 2 seconds of active trading time. In the second community-based round, all qualified orders were partially filled via adjusted system matching. In all, 11,829 users got at least some of the total 2.4 billion RSR supply. There was a total of 12,029 users who were able to successfully purchase RSR.

RSR is the support token for the payment-service-over-blockchain project Reserve. The project features backers like PayPal co-founder Peter Thiel, Y Combinator Chairman Sam Altman, Ran Neuner, and TechCrunch’s Mike Arrington, plus a founding team that includes former members of Google, Tesla, OpenAI, IBM, MIRI, and Impossible Foods. RSR is designed to maintain the stability of Reserve’s USD-pegged stablecoin Reserve token (RSV). Reserve’s mission is to build a universal store of value – particularly in regions with unreliable banking infrastructure and/or where inflation is a major issue.

BTC Time Machine:
As a special promotion, Huobi will also give three lucky users the chance to buy 1 BTC each for $0.0031 – the Bitcoin price 9 years ago.

“We loved thinking up ways to actively participate in Bitcoin Pizza Day this year and we’re happy to be doing our part to celebrate it with the larger crypto community,” said Livio Weng.