Skip to content
I am proud to partner with world-class venture capital funds to ensure that Emovi will become a major player in the global orthopaedic and sports medicine field”
— Michelle Laflamme, President and CEO

With this capital infusion, Emovi will be able to support its goal of driving clinical adoption for its core product, KneeKG. Emovi is proud to promote the commercial expansion by offering its KneeKG product to a larger number of clinics and hospitals across North America.

“I am proud to partner with world-class venture capital funds to ensure that Emovi will become a major player in the global orthopaedic and sports medicine field. These investments enable us to support clinical adoption of our product in Canada, the United States and Europe” – Michelle Laflamme, President and CEO.

“Emovi commercializes an innovative medical device targeting a very important need: the need to better understand and treat causes of knee pain with objective data. This is a common need world-wide. Our investment will position Emovi as a world leader while concurrently keeping its corporate roots in the province of Quebec. Emovi will benefit from TVM Capital Life Science’s European and North-American network to facilitate its market access abroad.” – Dr. Luc Marengere, Managing Partner, TVM Capital Life Science.

To better meet demand, Emovi plans to continue to increase its number of employees as well as its production capabilities in the months to come. Emphasis will be placed on additional product adoption by health professionals in order to better support market expansion.

Emovi (Emovi.ca), headquartered in Montreal, Quebec, Canada, is a company offering medical solutions for joints assessments. In partnership with the Quebec university research community, including the CRCHUM and École de technologie supérieure (ÉTS), Emovi completed the development of the KneeKG, a unique clinical tool evaluating knee functional deficiencies linked to patients’ symptoms and pathology progression. Emovi hopes to broaden access to this technology and improve the quality of life for people struggling with diseases such as knee osteoarthritis, ligament or meniscus tears, patellofemoral pain syndrome, tendinitis and biomechanical deficiencies resulting in pain and disability.

TVM Capital Life Science is providing venture capital to the international pharmaceutical, biopharmaceutical and medical technology industries with more than 35-years of transatlantic investment track record and more than US$1.4bn raised. With its advisory, corporate finance and investment teams located in Montreal and Munich, the TVM Capital

Life Science team provides investors, as well as entrepreneurs and innovation-seeking biopharmaceutical companies, access to global life science innovation and provides paths for successful tech transfer and commercialization for the benefit of patients and investors alike. The TVM Capital Life Science international team looks back on more than 140 investments and over 90 exits, including more than 45 initial public offerings on all major U.S. and European stock exchanges. The team has gained unrivalled international investment and business development experience with their track record of dedicated board work, significant contribution to global networks in the world of life science research and product development, and a direct knowledge of the local markets. More information: www.tvm-lifescience.com

About StandUp Ventures
StandUp Ventures invests in breakthrough companies led by women. We believe that women-led companies think outside the box, recruit great talent, and serve bigger markets. We invest in Canadian seed-stage technology companies with at least one woman in a C-level leadership position within the company. The fund leverages the MaRS IAF platform and was launched in May 2017 with an anchor investment from BDC Capital.

About Desjardins Capital
Nearly 45 years strong, Desjardins Capital (previously Desjardins Venture Capital) has a mission to value, support and nurture the best of Quebec entrepreneurship. With assets under management of C$2.4 billion, Desjardins Capital helps contribute to the longevity of some 470 companies, cooperatives and funds in various sectors from across Quebec. In addition to helping to create and maintain more than 58,000 jobs, this subsidiary of Desjardins Group offers business owners access to a large business network and supports their business growth. For more information, visit www.desjardins-capital.com or our LinkedIn page.

NEW DELHI, DELHI, INDIA, April 1, 2019 /EINPresswire.com/ — Indian Institutes of Management over the past decade are a regular feature in the news. Be it for their achievements, lush green campuses or the high packages that its students are offered during placements. The genius and rigor of IIMs is unparalleled. IIM Kozhikode has proved this once again, by winning the 'The Most Competitive B-School 2019' under the Dare2Compete Awards. XLRI stood second, followed by SIBM Pune as the third-most competitive B-School.

Its initiative, Dare2Compete Awards, aims to drive and recognize all stakeholders of this ecosystem – Students, B-Schools and Companies. The Award ceremony was held at JW Marriott Sahar Mumbai on 26th March, with the who's who in town cheering the young talent. It had panel discussions on various topics, ranging from innovation to building brand equity to opportunities in big diversified groups.

All the three panel discussions were a great insight for the future Business Leaders as they touched upon some critical decision making parameters.

The Most Competitive Business Leader 2019 is Priya Kumari from IIM, Ahmedabad, once again justifying all the buzz and attention that IIMs attract. She excelled in five competitions from Mahindra, EXL, RPG, Bajaj Finserv and Flipkart. The Competitive Business Leader was ascertained based on medals and stars earned by students, on securing meritorious positions in corporate organised competitions, over the past academic year.

Competitive B-Schools were ranked based on medals that their students have earned. IIM Kozhikode students won 21 medals followed by XLRI Jamshedpur with 20 medals.

No surprises when it comes to the Most Prestigious B-School Competition, it's HUL LIME Season 10, the poster boy of campus engagements, from Hindustan Unilever Limited. It was followed by Amazon's ACE Challenge as second and Mahindra War Room as third. YES Bank Transformation Series stood fourth and Reliance TUP 4.0 was rewarded as the fifth most prestigious B-School competition. These rankings were based on 6,100+ votes from students across premier B-schools.

Dare2Compete is an employer branding consultant that enhances brand visibility, brand engagement and brand equity across campuses in India through enriching digital and(or) on-ground campaigns in form of competitions. A leading student community with the highest reach and penetration in all the campuses across domains – B-Schools, T-Schools, Arts & Science, etc. We have 1+ million registered users from 5,000+ campuses. 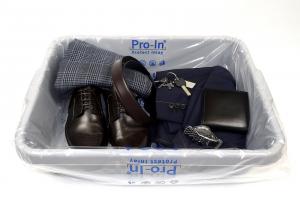 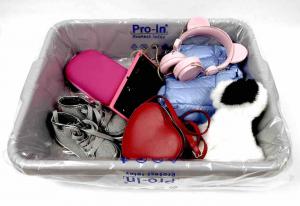 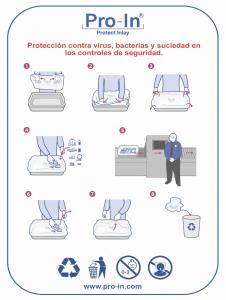