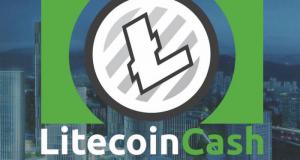 Following the successful forking the new Litecoin Cash is born and thriving.

LOS ANGELES, USA, February 28, 2018 /EINPresswire.com/ — With so many choices for cryptocurrency investments these days, how does one make an educated decision? Do they look at the cutting edge technology? Do they look at potential marketing campaigns even if the company has nothing more to offer than just HYPE? Maybe they look for trends based off of previously launched coins in that specific use space. Whatever the reason may be for making a decision, sometimes they will be wrong, and often will automatically resort to calling it a scam. This is common in the cryptocurrency world, often referred to as the “Wild West” of this millenium due to regulators not being able to intervene on a global scale. The future of blockchain will not be one network to rule them all, but rather an interconnected network of multiple blockchains, much like the internet as we know it.
Recently, a group of dedicated individuals decided to create their own currency to launch a platform for financial transactions, and did so successfully by forking the code of the already popular Litecoin. Out of respect for using this code, and sharing 1371111 blocks of the blockchain history they decided to pay homage to their predecessor by including it in the name, hence Litecoin Cash was born and this is a recap of how it all came to be.

On a cryptocurrency network, miners are not motivated by altruism: they exist to generate revenue and cover the set up and running costs of the mining process. They are therefore liable to move their mining power to whichever asset will yield the highest returns for their efforts.A successful currency should be able to respond, therefore, to rapid and significant changes (frequently several orders of magnitude or more) to the total network hashing rate provided by the miners.In the blockchain community at large (taking into account the many and varied permutations on the central ideas laid down originally by Satoshi Nakamoto) mining power is becoming more specialized, via the use of differing Proof-Of-Work algorithms favouring certain hardware configurations.Nevertheless, there exists a considerable wealth of mining capability directed to one algorithm in particular: SHA256. This is perhaps not surprising, as it is the algorithm favored by Bitcoin, the “gold standard” in the cryptocurrency world, eclipsing the other “alt-coins” in both unit value and total market capitalisation. Using market capitalization as a measure, there are other demonstrably successful SHA256 based coins, most notably, Bitcoin Cash. However, these currencies are characterized by comparatively slow block times and high transaction fees which are ideal neither for miners nor users of the network. Against this backdrop another phenomenon has started to occur, of which the aforementioned Bitcoin Cash is the initial progenitor, that of the hard fork, or Initial Fork Offering (I.F.O.). We believe that the more significant and interesting aspects of this innovation have been overlooked due to the specific circumstances of the first widely known and publicized instance, the fork of Bitcoin Cash from Bitcoin.This particular fork was marred by political infighting, and arose from philosophical differences over the direction of the development process amongst the developers, eventually culminating in a split of the development team, a hard-fork of the currency and the new currency challenging the parent for legitimacy and supremacy in the marketplace.We do not believe this process will be typical of many future I.F.O.s and in fact we believe that the more interesting utility of an I.F.O.is its use as a means of initial distribution of financial liquidity in a newly launched cryptocurrency. The problem of initial distribution in a new digital currency has been traditionally addressed either through the use of I.C.O.s or via “Airdrops”, both of which have significant drawbacks, when it comes to both fairness and the extent of distribution.

But the Litecoin Cash team isn’t stopping with a fair distribution model and is currently working on some exciting additional features. These major steps forward would include the introduction of light wallets, a working version of atomic swaps that should allow people to transact from one cryptocurrency chain to another without trusted parties. This will be the backbone of the Litecoin Cash transaction platform which will be geared towards peer to peer, consumer to business and business to business transactions, resulting in a new-age digital currency powered by open ledger technology. We invite you to join the Litecoin Cash on their journey, as it is sure to be filled with milestones that, will no doubt become the new benchmark standard by which other cryptocurrencies are compared. Also we have a unicorn.